Rosemary Chaulk, the author of Nissitissit Witch, is visiting with us today. Welcome, Rose. I hope you don't mind some of the nosy questions.


VZ: How did/does your history and home background affect your writing?

Rose: My history directly affects my writing. My childhood was a constant struggle, my biological father died before my mother knew she was pregnant. Poor prenatal care and having a grief stricken mother led to several birth defects. My mother remarried and she and my stepfather began developing and abusive relationship. My mother then divorced and fell into manic depressant alcoholism. I held the family together at a young age and grew up fast.

When my parents would fight I would run off and escape to the woods, finding solace with nature. This has lasted all my life with the woods being my escape, I naturally fell into land surveying where I could spend all of my working hours in the woods, away from the road, away from people, never having to deal with office politics.

Ten years ago I finally dealt with the last major issue in my life that still lingered from my birth defects. Finally by making my life complete I was able to open my heart to the world and write.

VZ: Tell us something about your educational background that has made you a better, or more caring, writer.

Rose: I was educated as a civil engineer that has served me well in many ways. When you look and see the bridge I see the foundation. I have learned that what you don’t see is more important that what you see. The finest bridge will not last if the foundations are poor. This also translates well into life in dealing with people. What you see in the presentation of someone is not as important as the things you don’t see.

VZ: Please fill us in on your hobbies, interests, or activities you participate in during your leisure time. *laugh* If you have any.

Rose: I don’t have much leisure time. I would say that my leisure time is my writing time. I work nine months a year in New England doing land survey and working as many hours as I can so that I can go to Florida for three months and write. I can only write when I am rested and relaxed.
I do still like to walk in the woods, and also I love playing in Texas Hold'em tournaments. The drama of cards can be quite exciting. I limit myself to very low buy in games and also play in a free league for points only.

VZ: Authors are often asked when they started writing or what triggered their interest in writing. I like to know that, also, but I would especially like to know what keeps you writing.

Rose: What triggered my writing was totally self-oriented. I found that by writing I could release some of the stored emotions I had and in a way deal with life to become a better person. I initially write a story for me and then reluctantly share it with the world. What keeps me writing is my desire to keep becoming a better person. Only when you know your own heart can you start to touch others.

VZ: Tell us a little about Nissitissit Witch. Where did you find the inspiration for this story?

Rose: I was born under the sign of the bull, forever connected to the earth. I have spent my entire life working outside year round doing land survey. I have a deep respect and love for the land and at times in my career I was sickened and even despondent about the massive pollution that I saw. In the early seventies I worked in a survey crew doing topographic surveys along the banks of the Merrimack River in Lowell, Mass. The branches of the trees, which hung in the river, were covered with toilet papers and condoms; tampons swam by like perverted sperm on their way to the ocean to infect the source of life. I have carried these images my whole life.

In the town I live was a village, North Village, and people to this day believe the village was cursed by a witch and died. A cursed piece of land right in the town I live in. But then I thought, “Can land be cursed or is it just the tortured souls who roam it who are cursed?”

When the settlers took the valley from the Indians, they killed a tribe that had lived there for six thousand years. The settlers’ lust for the land was strong; it proved to be ironic that their lack of respect for this land was the very thing which killed them


VZ: Tell us about your main characters.

Rose: I based my fictional characters on actual newspaper articles. In doing the research I noticed that there were many mentions of people dying in an unusual way. Reading some of the research I found North Village to have a cobbler who made his own felt, in researching felt I found it to be made using mercuric oxide. The cobbler traveled the farms in the area selling his boots. There was also a velvet shop and in researching velvet I found that it has to be steamed and not ironed. Further research showed that all of the royal colors back then contained poisons and sometimes heavy metals, even the wallpaper back then was toxic and many infants died in their cribs. It is even rumored that Napolian’s insanity was caused by his love of green wallpaper, which was the most toxic. When I researched heavy metal poisoning, research showed that people died as raving lunatics, certainly an unusual way.

VZ: Thank you for joining us, Rose. I'm sure readers will find you and your information as interesting as I have. The book and more information on the book is available at Rosemary Chaulk’s website.


Margaret Fieland hosts me this week.

Hi Rose,
It's nice to see you here, and I enjoyed your interview, although through our friendship and association I already feel I know you. I wish you mega sales with your book...I know I certainly enjoyed doing the video for it. :)

Good interview. It's always interesting to see how people's backgrounds tend to determine what they write. Good luck with the book - E :)

Hi,
That was such an interesting interview. Now, I want to read the book!
Deb :-)

Titles! Titles always grab my attention and your title held my attention. Loved the part of the interview about your inspiration on why and how you wrote this book. Kudos and much success to you.

Thank you Vivian for having me on your site. I learned a lot writting Nissitissit Witch and hope you find it entertaining as well as educational

One reason I ask how an author's background affects writing is because the answers give us such an insight into the person.

I feel I received a glimpse of Rosemary Chaulk with the interview. Thank you.

Great interview, Vivian. I love learning about other writers!

This is a great interview, Vivian. The questions brought forth a lot of interesting information about Rosemary. I also enjoy learning about other authors. 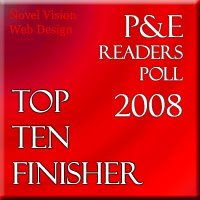 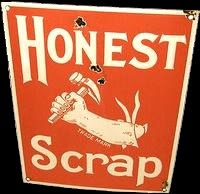